Malaysian police said on Sunday seven members of an Islamic State (IS) cell had been arrested in a three-day operation carried out across the Southeast Asian country. 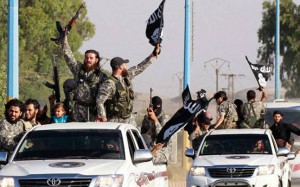 Malaysian police said on Sunday seven members of an Islamic State (IS) cell had been arrested in a three-day operation carried out across the Southeast Asian country.

The operation was launched in four states on January 22, ahead of Monday’s International Conference on Deradicalisation and Countering Violent Extremism that Malaysia is hosting.

Police said the suspects had received instructions to carry out attacks in Malaysia by Syrian-based IS members, including Bahrun Naim, an Indonesian militant named as the mastermind of Jan. 14 suicide attacks in Jakarta which killed seven people.

“All of the suspects are members of the same cell, who are responsible for planning terror attacks in strategic locations throughout Malaysia,” Inspector-General of Police Khalid Abu Bakar said in a statement.

He said the suspects were also given orders by Muhammad Wanndy Mohamed Jedi, a known Malaysian IS recruiter who had previously been linked to a beheading video in Syria.

The arrests were made following the Jan. 15 capture of a suspected militant who had confessed to planning a suicide attack in Kuala Lumpur, according to Khalid.

One of the suspects was believed to be responsible for collecting and channelling funds to Malaysian citizens looking to join up with IS in Syria. The funds were also to be used to fund a terrorist operation in Malaysia, Khalid said.

All seven suspects were Malaysian men aged between 26 and 50 years old. Among the items seized in the operation were bullets, books on jihad, Islamic State flags and propaganda videos.