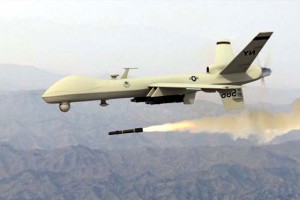 Close to 60 percent of US citizens are in favor of Washington conducting drone strikes against terrorists in foreign countries such as Yemen, Pakistan and Somalia, a poll from Pew Research Center found.

Nearly half of the participants say that they are concerned about negative consequences of drone strikes, according to the poll.

“The national survey by the Pew Research Center, conducted May 12-18 among 2,002 adults, finds that 58 percent approve of the US conducting missile strikes from drones to target extremists in such countries as Pakistan, Yemen and Somalia,” the poll, released on Thursday, said.

Forty-eight percent say US drone strikes could harm the lives of innocent civilians while 31 percent said they could lead to extremist retaliation.

Moreover, 24 percent said drone strikes could damage the US reputation and 29 percent stated they believe US drone strikes were being carried out illegally.

The United States began using drones in February 2002 in Afghanistan, according to media reports. US drone attacks in Pakistan, Afghanistan, Yemen and Somalia have decimated 3,500 Islamic militants, but have also caused numerous deaths of civilians.