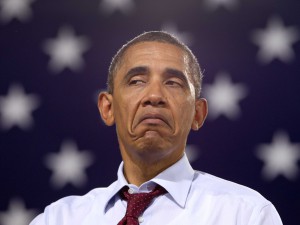 Forty-three percent of Americans are satisfied with the nation’s security from terrorism, marking a 16-point drop since last year and a 26-point decline since 2014.

Fifty-five percent said they were dissatisfied with the country’s security from terrorism, according to Gallup poll results released Monday.

The prior low point in satisfaction had been in January 2002, when 51 percent were satisfied; Gallup did not ask the question from 2009 through 2011.

Twenty-four percent of Republicans and 24 percent of conservatives said they were satisfied, compared to 56 percent of liberals and 51 percent of Democrats.

Particularly in the wake of recent attacks from the Islamic State terrorist group, Issues tied to terrorism and national security have been front and center on the campaign trail this cycle.

“President Obama and Democrats in general have emphasized not overreacting to the Islamic State, including not alienating countries with large Muslim populations by linking ISIS to Islam,” wrote Gallup’s Jim Norman. “Republicans generally have pushed for stronger countermeasures, including tighter restrictions or a total ban on refugees from the Middle East.”