You are here: Home / Europe / Macedonia: imam from Kosovo sent at least 30 people in Syria to fight on the side of Islamic state 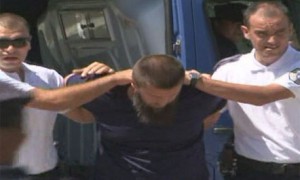 A imam from Kosovo town of Gnjilane sent at least 30 people in Syria to fight on the side of the Islamic State, the Macedonian newspaper Dnevnik writes Monday.

It’s about Zekriya Kyazim who is accused by the Kosovo authorities for recruiting fighters to Syria. Dozens of departed in Syria were killed. His activity lasted about two years until he was arrested.