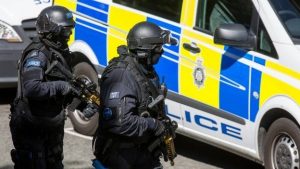 An anti-terrorism scheme which launched in North Yorkshire has been adopted by the Metropolitan Police this week, like reported by yorkpress.co.uk.

Project Servator launched in York in April 2017, and was described as ‘unpredictable policing’, with uniformed and covert officers , police dogs, armed officers, CCTV and Automatic Number Plate Recognition (ANPR), units patrolling the city at various points without warning, with the intention of deterring, detecting and disrupting potential criminal and terrorist activities.

On Thursday, the Met launched teams across London, including London City Airport and Heathrow Airport, working with colleagues from the City of London Police, British Transport Police and the Ministry of Defence Police in busy areas such as shopping centres, tourist attractions and transport hubs.

Officers from North Yorkshire Police were present in the capital for the launch almost exactly a year after the scheme started in York, and Superintendent Mark Grange, the force’s operational policing training lead and strategic lead for Project Servator, said

He said: “Following the success of launching Project Servator in North Yorkshire, it’s an honour that our officers have been invited down to show our support as the initiative is rolled out across the whole of London.

“Project Servator deployments are designed to be unpredictable and can turn up at any time. One day tactics may be highly visible, the next they will be more covert. Joining up with other forces across the country reflects the national element and shows how the deployments can take place anywhere.”

Supt Grange said there was also much the forces could learn from working together, and reminded the public that they were the eyes and ears of the police, and must report anything they believe to be suspicious.

He said: “We continue to call on the public to be vigilant and to report anything that they deem to be suspicious immediately by telling a police officer, or by calling 101 or 999 in an emergency or by calling the Anti-Terrorist Hotline on 0800 789321.”