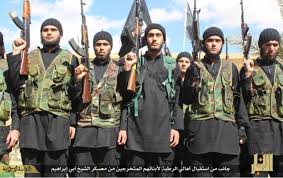 The Libyan National Army led by Khalifa Haftar has expressed fears that Turkey, which has launched an offensive on Kurds in northeast Syria, would transfer thousands of terrorists to Libya, like reported by aawsat.com.

LNA spokesman Ahmed al-Mesmari said that Turkish President Recep Tayyep Erdogan could send the terrorists held by Kurdish forces in detention camps to Libya through the seaports and airports of Tripoli, Misrata and Zuwara, which fall under the control of Fayez al-Sarraj’s Government of National Accord.

“ISIS’s sleeper cells are now under the control of Turkey which is seeking to transfer them to a safe haven. Libya could be their destination because of the security vacuum here,” Mesmari warned.

There are fears that the Turkish offensive in northeast Syria may lead to the escape of militants held at the prisons managed by the Kurdish-led Syrian Democratic Forces.

Libya’s future would be in great danger if Erdogan sends terrorists to the country, said Mesmari, in his first reaction to this week’s Turkish military operation.

On clashes with forces loyal to the GNA, the spokesman said the LNA is fighting for the stability of the country and a better future.

“It’s a security and not a political battle,” he said.

Meanwhile, the Libyan parliament has urged the Arab League, which is set to hold an emergency meeting in Cairo on Saturday, to suspend the GNA’s membership “for lacking legitimacy and supporting militias backed by Erdogan’s regime to spread extremism in the entire region and not just Libya.”

The Arab League, which groups 22 states, said in a statement on Wednesday that Saturday’s meeting would be at the ministerial level “to discuss the Turkish aggression” on Syrian territory.

“It constitutes an unacceptable attack on the sovereignty of an Arab member state of the League,” Arab League Assistant Secretary General Hossam Zaki said.