You are here: Home / Europe / Lithuania may send more soldiers to Mali upon France’s request 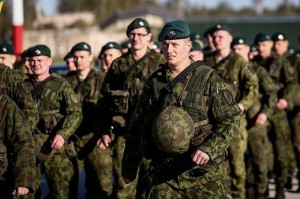 Minister of Foreign Affairs Linas Linkevičius says Lithuania may send more than 20 soldiers to Mali next year, after receiving a request for assistance from France.
A relevant decree was prepared by the Ministry of National Defence together with the Ministry of Foreign Affairs in September and submitted to Parliament by the president. It states that in 2016 Lithuania could send up to 20 soldiers and civilians to join the United Nations mission in Mali.
On Thursday Linkevičius told the radio Žinių Radijas that the proposed number of soldiers is not final and could increase. The minister did not reveal how much the number might grow but said it would depend on the capabilities of the national defence system.
In 2013 France launched a military operation in northern Mali in an attempt to oust Islamic extremists who had taken control of the region. Nearly 1,200 French soldiers have been deployed to the north-eastern part of Mali.
delfi.lt