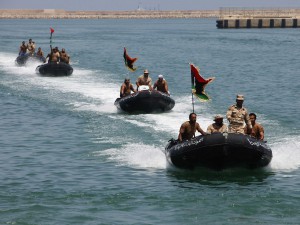 Libya’s recognized government warned its security forces would seize any tankers approaching the Ras Lanuf terminal without permission, saying any attempt to make oil deals with the rival government in Tripoli would be “piracy”.

The warning over Ras Lanuf illustrates how the OPEC country’s oil industry is caught up in a power struggle between the two rival governments.