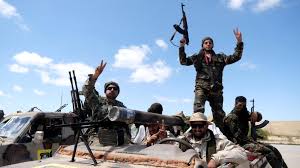 Eastern Libyan forces said on Wednesday they killed the leader of the Islamic State (ISIS) group in North Africa during a raid in the southern desert city of Sebha earlier this month, like reported by thearabweekly.com.

The Libyan National Army (LNA) spokesman Ahmed al-Mismari said Abu Moaz al-Iraqi was among nine extremists killed during the raid but was only identified afterwards.

ISIS in Libya was formed by al Qaeda militants who took advantage of the chaos after the 2011 uprising against Muammar Gaddafi to seize territory and launch attacks.

The group took control of the central coastal city of Sirte in early 2015 and established a presence in the vast southern desert as well as active affiliates or cells in major cities.

However, it was driven from Sirte in late 2016 and its influence since then has been limited to occasional attacks including one on National Oil Corporation’s headquarters in 2018 and another at the Foreign Ministry in 2019, both in Tripoli.

Mismari said Abu Moaz al-Iraqi, also known as Abu Abdullah al-Iraqi, had entered Libya in 2014 and became the group’s leader in 2015 when his predecessor was killed.

The global threat over ISIS has reduced in recent years according to experts and Western officials after its self-proclaimed “caliphate” in Iraq and Syria was militarily defeated and much of its leadership killed. However, it remains capable of inspiring attacks around the world, security experts say.