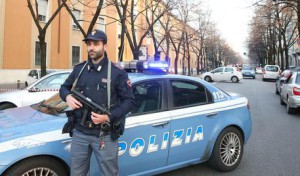 Italian police detained in Palermo on Wednesday a 45-year-old Libyan researcher at an Sicilian university on suspicion of instigation to commit acts of terrorism.

The suspect was allegedly in contact with several foreign fighters and produced propaganda for al-Qaeda on the Internet, sources said.

Italy has reinforced its efforts to prevent terrorism after the November attacks in Paris.