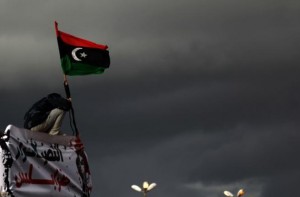 The political dialogue among Libya’s rival factions is drawing to its final stages, the top UN envoy for the North African country said Wednesday.

Bernardino Leon said the talks had come a long way in narrowing the trust deficit among Libya’s political stakeholders.

“This has been a difficult and challenging process, but one that has proven increasingly resilient, despite repeated attempts by spoilers on all sides whose narrow interests and agendas dictate against a peaceful solution to the conflict in Libya,” he said as he briefed the Security Council via video-conference from Paris.

Libya’s political divisions have produced two rival seats of government in Tobruk and Tripoli, each with its own institutions and military, as the country descended into chaos since the end of Moammar Gaddafi’s decades-long rule in 2011.

The UN support mission in the country launched a political dialogue process in January that would end the country’s political crisis and military conflict.

Leon said the rival governments should grasp “the historic and unique opportunity” they have before them to be peacemakers.

“Time is running out. The onus is on Libya’s leaders on all sides, and at all levels, to make that final push towards peace,” he added.

The parties are expected to resume talks Thursday in Morocco.