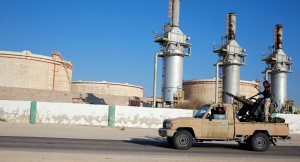 In September, the military forces loyal to Gen. Haftar recaptured two ports of the so-called “oil crescent” in the Mediterranean from armed groups.

“All facilities were handed over to the NOC, the protection of buildings and oil refining and export facilities was ensured,” Mismari told RIA Novosti.

He also added that the success of the Libyan army in regaining control over the oil facilities could be explained by “secrecy of the operation and good coordination both of command and between the various units.”

The NOC, created in July after merger of East and West Libyan oil companies, claimed it remained loyal to the Government of National Accord in Tripoli, but also follows the guidelines of the Tobruk-based parliament for the general welfare of the country.