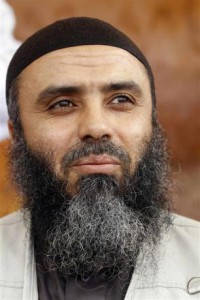 A U.S. drone strike in Libya has killed senior jihadist leader Abu Iyadh, who was believed to be the mastermind of a series of terrorist plots inside and outside the North African country, including an attack on the U.S. Embasy in Tunisia, Libyan local media confirmed on Friday.

Iyadh, also known as Seifallah Ben Hassine, had been based in Libya since 2013, where he served as a senior militant leader in Islamist group Ansar al-Sharia, and organized training camps for extremist militants..

Libya’s Al-Wasat paper quoted a Washington official as saying that Iyadh was neutralized during a U.S. raid on June 14, along with some other al-Qaida linked leaders.

The source added that Iyadh’s killing was announced after his body was identified through a DNA analysis.

Iyadh’s death was hailed as an important victory against terrorism by Libya’s neighboring Tunisia whose beach resort Sousse was attacked by Libya-trained extremists last Friday.

In March, 23 people were killed and around 50 injured when militants attacked a Tunisian museum.

Tunisian authorities blamed many of the attacks on terror cells established by Iyadh in Tunisia after the country’s political unrest in 2011.