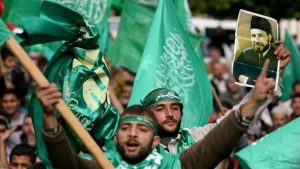 Turkey and Qatar are deeply involved in supporting the Muslim Brotherhood regime in Tripoli. Despite the arms embargo, Turkey transports thousands of mercenaries, mainly from jihadist militias in Syria, and arms to the regime. In doing so, it works closely with Qatar, the other major sponsor of the Islamist Muslim Brotherhood, like reported by anfenglish.com.

This is the first time, however, that Qatar has shown such open support for the Islamists in Libya. For Qatar, the aim is to strengthen its own position vis-à-vis its regional competitor Saudi Arabia. Saudi Arabia is among the opponents of the Muslim Brotherhood and the Ankara-Doha-Tripoli axis.

On Monday, the Turkish and Qatari defence ministers signed a military agreement with the Muslim Brotherhood Government in Tripoli during a visit to the capital. Salah al-Namrutsh, the regime’s deputy defence minister, stated that “an agreement on trilateral cooperation for the establishment of a military training camp has been agreed with Turkey and Qatar”. Military personnel of the “unity government” are now to be trained in the military academies of Turkey and Qatar. Furthermore, the deployment of “military advisors” was contractually agreed upon.

The agreement threatens further escalation in Libya with the interference of neighbouring states. Libya is in the midst of a proxy war in which Turkey wants to assert its neo-Ottoman ambitions against the interests of Russia and Egypt.