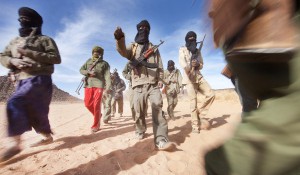 The National Movement for the Tuaregs (NMT) announced today its support for the Government of National Accord (GNA), unveiled earlier this month by UN Special Envoy Bernardino Leon.

The proposed government was the only solution to Libya’s crisis, the only was to ensure the country’s security, stability and peace and put an end to fighting between fellow Libyans, the organisation said. It called on Libyans to resort to reason and put national interests first.

The organisation has consistently backed the UN-brokered Libya Dialogue chaired by Leon. In July, announcing its support for the draft agreement rejected by the General National Congress but still insisted upon by the House of Representatives, it said that dialogue and the rejection of divisions were the only way to resolve the country’s problems.

Dialogue participant Musa Koni, who has been chosen as one of the three GNA deputy prime ministers, is a member of the NMT.