You are here: Home / Mediterranean / Libya: the jihadist threat becomes even more amorphous 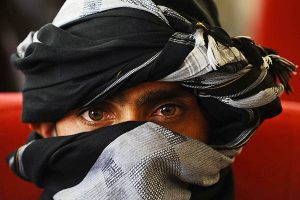 In the past few weeks, internal developments in Libya and relevant events abroad have turned the spotlight on the extent of the terrorist threat present in – and coming from – the North African country. As a result of indiscriminate terrorist attacks against civilians, major international and regional powers have become increasingly aware of the consequences of the lack of rule of law in Libya, like reported by Armed Conflict Database (ACD).

Lawlessness and increasing political instability have afforded several jihadist groups a safe haven in Libya. One of the most notable terrorist groups that has found fertile ground there is the Islamic State, also known as ISIS or ISIL. The group, led by Abu Bakr al-Baghdadi, entered the Libyan arena in late 2014, initially establishing its presence in the eastern city of Derna and subsequently moving to take control of Sirte. In May 2016 the launch of Operation Solid Structure (Bunyan Marsous) by the UN-backed Government of National Accord (GNA) represented a decisive step in the fight against the Libyan branch of the group. After an eight-month offensive and the decisive air support of the United States, ISIS was driven out of Sirte.

The fall of Sirte, however, has not represented the end of the Islamic State’s presence in Libya. Even taking into account the reports – from security sources inside the GNA – that at least 2,500 ISIS militants have been neutralised since the start of the offensive, a considerable number of jihadist fighters most likely fled Sirte during the siege. Considering that in 2016 different intelligence agencies put the number of ISIS militants in Libya at 5,000–6,000, a relevant number of these fighters must still be at large.

Intelligence officials warned about remnants of the terrorist group heading towards the desert areas of south Libya, in order to regroup and stage attacks from there. However, sporadic clashes between forces affiliated to the GNA and ISIS near Sirte and Bani Walid, in north Libya, seem to suggest an unexpected resilience of the jihadist group in this area. Most recently, two fighters of the Misrata Third Force were killed and three others were injured in an ISIS ambush near the Lud agricultural project, on the road between Jufra and Sirte on 6 May. Further, four ISIS militants were killed during clashes with security forces near Bani Walid on 26 May.

Local sources have reported that ISIS has established a base near Abu Grein, halfway between Misrata and Sirte, confirming what Libyan military intelligence reports had suggested in March 2017: up to 700 ISIS militants have regrouped in the valleys and desert areas south of Bani Walid, travelling in small groups to avoid being detected and using service roads and irrigation tunnels along the Man-Made River.

Airstrikes carried out by the US against two ISIS camps in Libya in January 2017 offered a valuable insight and ‘actionable’ intelligence (according to the head of the US Africa Command Thomas Waldhauser) into the activities of the Libyan branch of ISIS. Immediately after the strikes, then US Secretary of Defense Ash Carter said that the militants were actively planning operations against US allies in Europe, or were involved in recent attacks on Europe. A few days later US officials confirmed the presence of terrorists in the targeted camps linked to Anis Amri, the perpetrator of the Berlin terrorist attack of 19 December 2016, which killed 12 and injured about 50.

This revelation indicated that after losing its territory the Libyan branch of ISIS has adapted to the new context, diversifying its strategies and focusing on staging attacks at home and abroad. This trend was confirmed by the 22 May terrorist attack on the United Kingdom, when Salman Abedi (a British Libyan) blew himself up at the Manchester Arena killing 22 people and injuring 120 others. His brother Hashem, arrested the day after by the RADA Special Deterrence Force (a Tripoli militia affiliated to the GNA), confessed that he and his brother were members of ISIS and that he knew all the details of the Manchester attack.

The arrest of Salman and Hashem’s father, Ramadan Abedi, provided an example of how difficult it is to identify the lines of demarcation between the different Islamist groups in Libya. Indeed, Ramadan is known as a former member of the Libyan Islamic Fighting Group (LIFG), an Islamist opposition group to late dictator Muammar Gadhafi with alleged links to al-Qaeda. The group’s level of activity has visibly decreased in the last few years, but its former members are still considered a threat by relevant regional players: many of them (including the former leader Abdulhakim Belhadj) were included in a ‘terror list’ released on 8 June by the foreign ministers of Bahrain, Egypt, Saudi Arabia and the United Arab Emirates (though the list seemed more an attempt to delegitimise relevant Islamist factions in Libya, as a direct consequence of the recent Gulf crisis).

The shifting sands in Libya – the ever-changing dynamics on the ground – further complicate the task of deciphering the jihadist threat. For example, the recent dissolution of Ansar al-Sharia, which over the last few years fought as part of the umbrella group Benghazi Revolutionaries Shura Council against the Libyan National Army in Benghazi, raises the question of where its militants – an estimated 5,000 of them in 2012 – went or will go in the future.

Nevertheless, the question of whether they will swell the ranks of the Islamic State or rejoin al-Qaeda-affiliated groups could pale into insignificance following recent indications of a possible collaboration on the ground between these two organisations. In March 2017 the GNA’s defence minister, Mahdi al-Barghathi, warned that ISIS was regrouping in Libya with the support of the local branch of al-Qaeda. Barghathi’s comments were greeted with surprise and bewilderment, given the well-known rivalry between ISIS and al-Qaeda. However, Vice President of Iraq Ayad Allawi raised the issue again in April, saying that ISIS was talking to al-Qaeda about a possible alliance between the two rival, but kindred – given that ISIS was born from the ashes of al-Qaeda in Iraq – organisations.

Barghathi also said that despite press reports saying otherwise, Mokhtar Belmokhtar – the leader of al-Mourabitoun, an offshoot of al-Qaeda in the Islamic Maghreb (AQIM) – was still alive and believed to be leading the ISIS militants who managed to escape Sirte. In the context of a possible partnership of terror, the case of Belmokhtar could be indicative of the new geography of jihadism in Libya and the Sahel region. Believed dead several times, Belmokhtar reportedly suffered serious injuries to his back after a French airstrike on Islamist militants in Gardah, northwest of Sabha, in November 2016. In May 2017 security sources in the region reported that he could have been dismissed by al-Mourabitoun’s council of elders, due to his rejection of the establishment of Jama’at Nusrat al-Islam wal Muslimeen in Mali, an al-Qaeda affiliated organisation which includes senior members of al-Mourabitoun.

The news fuelled speculation about the future plans of the long-time wanted jihadist. Despite his faltering health conditions, Belmokhtar is still regarded in the region as one of the most prominent jihadists of his generation, and the possibility of one of his frequent comebacks should not be ruled out. Moreover, his alleged dismissal could have left him as a ‘free agent’ in the jihadist underworld, corroborating Barghathi’s scenario and giving him the opportunity of welding together the different terrorist groups active in Libya.