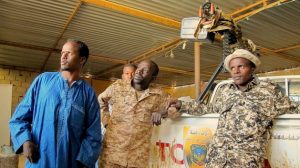 The National Tebu Assembly (NTA) has rejected the Tebu-Tuareg-Awlad Sulieman peace deal signed in Rome at the end of last month, criticising what it said was blatant intervention Italy in Libyan internal affairs, like reported by libyaherald.com.

One of those who helped draw up the NTA statement said that those Tebus who had signed the Rome deal did not represent the Tebu community. They were from Qatrun, he said, while the clashes from 2011 to 2015 between Tuareg and Tebus and between Tebus and the Awlad Suleiman occurred in Obari, Sebha and Murzuk.

Saying that it understood Italy’s need to control the growing tide of migrants coming from Libya, the NTA added that this did not give Rome the right to intervene in Libyan internal affairs or disregard the official channels where the Italian government could lend a help.