You are here: Home / Mediterranean / Libya: Tabu and Tuareg announce their support for GNA 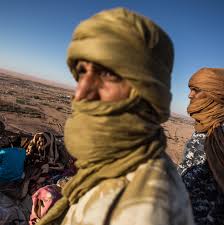 Elders, notables, civil society organizations and members of military and security organizations from Tabu announced their full support for the Government of National Accord (GNA) in a rally in Sabha city, south Libya, on Sunday.

Popular Mobilization Movement organized a rally as well, Sunday, in Qerda square inside Sabha, supporting the GNA. They confirmed their support, demanding the Presidential Council (PC) to work on rebuilding institutions, support the army and police forces to professionally perform their duties, to restore stability and solve all problems citizens face.

Tuareg also welcomed the arrival of the Presidential Council (PC) and the GNA members in Tripoli, last week to begin their official tasks.

The chairman of Tuareg supreme council, Mulay Aqdede, said that “Tuareg in Libya welcome the arrival of the Presidential Council of the Government of National Accord that proposed by the United Nations in Tripoli”, considering it as the “step in the right path”.

He expressed his hope that the GNA would start its tasks urgently and as soon as possible to “achieve what Libyans aspire and improve economy and living, which deteriorated, most importantly security”.

“Our preliminary demands are the same as all Libyans’ demands. When the government starts, we will specify basic and necessary demands. If the PC committed to start immediately in resolving these demands, it will be positive reflection”, said Aqdede.