You are here: Home / Mediterranean / Libya: Sudanese rebels behind LNA killings and abduction 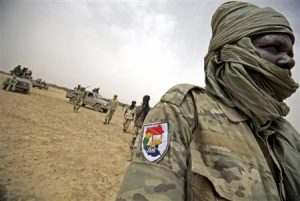 The seven soldiers were reportedly part of the LNA’s desert patrol brigades and border guards. Six of their bodies were found in the desert with the seventh missing and presumed abducted by JEM.

In October 2016, 13 members of JEM were killed near Jaghboub in clashes with a Kufra-based brigade allied with the LNA. A month later, six Libyans were kidnapped south of Jaghboub by JEM while touring the area and later released after a ransom was paid.

JEM are viewed as mercenaries who work with those willing to pay them and allow them free movement. JEM has also grown increasingly close to notable figures in the Islamist-led Benghazi Defence Brigades.

According to a UN Libya Experts Panel final report that was presented to the Security Council last year, a significant presence of foreign groups has added to the escalation of violence in the country and fragile security conditions. Amongst those cited were JEM and the Sudan Liberation Army.