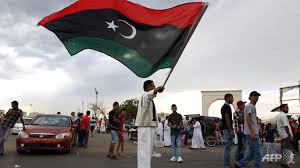 Libya’s rival parliament and government both have showed opposition to a UN-proposed peace deal installing a unity government, with one lawmaker saying it would deepen rifts in the country.

“This government is rejected… It will deepen differences between the Libyan people,” said Mahmud Abdel Aziz of the General National Congress, which has yet to vote on the plan.

The Tripoli-based GNC is refusing to discuss the proposed government until its demands are met for amendments to the UN-proposed plan for Libya, which plunged into chaos after the 2011 uprising that toppled dictator Moamer Kadhafi.

In the aftermath of his fall and murder, the country has been ruled by powerful armed militias and has had two governments and two parliaments since August 2014.

The internationally recognised parliament is based in the east and met yesterday to discuss the UN-proposed unity government, lawmaker Ali Tekbali said.

However, he also dismissed the UN plan, saying the government it has proposed is one of “divisions, not unity”.

The talks in the eastern-based parliament are to continue today, said the Lana news agency.

The Tripoli-based government also rejected the proposal in a statement released late on Sunday.

On Friday, Leon proposed a unity government aimed at ending years of conflict in Libya, saying it would be headed by Fayez el-Serraj, a deputy in the Tripoli parliament.

It would also include three deputy prime ministers, one each from the west, east and south.

Leon made the announcement in Morocco after months of tough negotiations with Libyan political players and members of civil society.

World leaders and the United Nations have lauded the proposal and urged Libya’s warring parties to sign the deal — the latest in a string of initiatives aimed at restoring stability to the strife-torn country.