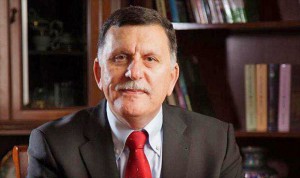 The Presidency Council led by prime minister-designate Faiez Serraj has postponed its announcement of the new national unity government by 48 hours.

The announcement, under the agreement signed in Skhirat on 17 December, subsequently endorsed by the UN Security Council, was supposed to have been made within 30 days – the deadline being midnight Saturday.

In its statement issued shortly after midnight, the Presidency Council said that it had been in continuous session since the beginning of the month, that it had been unable to meet the deadline but was giving itself another two days to do so.

There have been constant claims of heated rows within the council over names of the ministers and their deputies. The latest, allegedly, is over who becomes foreign minister.

It is said among the mass of Libyan politicians, activists, mayors who have been gathering for days in the lobby of the Residence Hotel in the Tunis seaside resort of Gammarth where the council is meeting that in addition to the nine-member Presidency Council, the government will comprise 22 ministers plus another 44 deputy ministers.

This makes a total of a massive 75, split equally between the country’s three historic provinces of Tripolitania, Cyrenaica and Fezzan. Additionally, the heads of 17 state institutions, such as the Central Bank and the National Oil Corporation have to be appointed (or reappointed).

For the past few days, the scene in the lobby has been akin to a medieval court with officials busy lobbying for particular interests or seeking preferment. Today, it was much more staid, with the various politicians and activists waiting quietly but expectantly for an announcement.

“It’s like a father at the hospital waiting for his wife to give birth, not knowing if it is going to be a son or a daughter”, said one politician hoping to be appointed a top ministerial post. “Except in this case we don’t know if the infant is going to be born damaged or with little chance of survival – or maybe stillborn.”

A number of Libyan mayors in attendance and even those working for the council expressed similar concerns.

Among them also there were rumours that the Libya Dialogue team who selected the Presidency Council had told it that if it did not chose a government by the midnight deadline, it would be sacked and new council chosen.

The rumour has not been confirmed.