You are here: Home / Europe / Libya plans to revive some Gaddafi-era weapons contracts with Russia 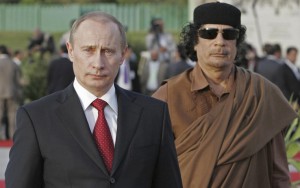 The Libyan government is planning to implement a number of contracts signed between the Gaddafi regime and Russia, Prime Minister Abdullah Thinni told Sputnik.

“We will revise some contracts that were signed with the previous regime in 2008…so that they are beneficial for both sides,” Thinni said on the eve of his official visit to Russia on April 14.

“There are several contracts we would like to reactivate,” he added.