You are here: Home / Mediterranean / Libya: meeting of neighboring countries will be held in Algiers 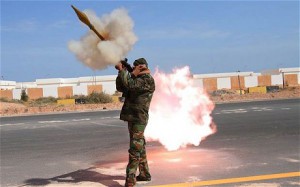 A meeting of Libya’s neighboring countries will be held in Algiers on December 1 in order to seek together a peaceful solution to the crisis that can preserve both the unity and territorial sovereignty of Libya.

The conference, a continuation of the one held in N’Djamena last June, will be moreover attended by the United Nation Secretary General’s new Special Representative for Libya, Martin Kobler, the African Union, the Arab League, the European Union and Libyan representatives.