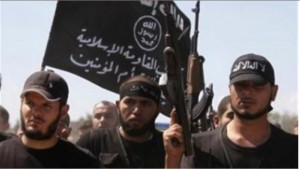 Thirteen members of Sudan’s Dafuri rebel group, the Justice and Equality Movement (JEM), who have been operating in Libya for some months are reported to have been killed today after being attacked by a Salafist militia from Kufra near the oasis town of Jaghboub.

The militia, the Subol Al-Salam brigade, said it also managed to destroy two vehicles belonging to the JEM group. These latter were also alleged to includes a number of Tebus. The Kufra brigade, for its part, is largely made up of members of the Zwai tribe, inveterate foes of the Tebus.

A month ago, the JEM unit reportedly seized and held for ransom four Libyans who were hunting birds – two from Jaghboub, one from Beida and the other from Shahat. It is said to have been paid LD 320,000 to release the four: LD 80,000 each.

The Subol Al-Salam brigade was formed following the clashes in Kufra between Tebus and Zuwais in October 2015 and has become one of the main law enforcement bodies from Kufra to the Bu-Zerag checkpoint some 400 kilometres to the north on the road to Jalu. It controls that checkpoint as well.

Its commander, Abdulrahman Hashim Al-Kilani, is said to be operating in alliance with Field Marshal Khalifa Hafter from whom he reportedly received 40 armoured Toyota vehicles last month.