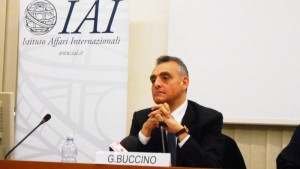 Giuseppe Buccino Grimaldi, who has been Italy’s ambassador for the past three and a half years has become the Italian Foreign Ministry’s Director General for the European Union, as of yesterday.

A new ambassador has been chosen but not as yet been named. Nor is it known when the new envoy will take up the post.

Grimaldi, originally from Naples, had previously served as First Secretary at the Italian Embassy in Beirut, from 1991 to 1994, and as Ambassador in Doha, from 2001 to 2004. His period in the former had coincided with the start of the Lebanon’s reconstruction after the end of its civil war.

It had been hoped in Rome that his time in Tripoli would see Libya undergoing similar reconstruction and during his tenure he became noted as one of the most active and well-liked ambassadors in the country – criss-crossing Libya, meeting local communities and being involved in scores of initiatives.

Even when the political crisis forced many embassies to pull out of Libya and relocate elsewhere, Grimaldi had had been also appointed Italy’s Special Envoy to Libya because of his knowledge of the country, was determined to stay on. It was only in February this year, after all the other Western missions had closed, that the Italians, prompted by fears that they might be targets for Islamic State terrorists, finally decided to they had to pull out of Tripoli.

There is at present a noticeable turnover of Western ambassadors to Libya.  The British and American ambassadors, Michael Aron and Deborah Jones, are moving on – in Aron’s case to Khartoum. He leaves next month, replaced by Peter Mallett previously British ambassador in Amman. Jones leaves shortly afterwards.

Meanwhile, the new Netherlands ambassador, Hans Sandee, is already working out of Tunis, as does his new Austrian counterpart, Ronald Sturm.  Canada new ambassador Ambassador David Sproule is also based in Tunis.