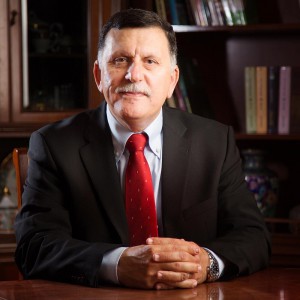 US Secretary of State John Kery has said that the planned Government of National Accord (GNA) to be led by Faiez Serraj will be able to be based in Tripoli and that those who for “their own selfish purposes” want to wreck the UN-brokered Libya Political Agreement (LPA) will have to be held accountable.

He was speaking in Rome at the end of an international conference designed to demonstrate international commitment to the agreement and the unity government. The GNA, Kerry said, was the “only legitimate body” for moving Libya ahead.

Chaired by himself and Italy’s Foreign Minister Paolo Gentiloni, it was attended by 17 countries, including all five UN Security Council veto members as well as eight Arab states, plus the UN, Arab League, African Union and EU.

Some dozen Libyan members of the UN-brokered Libya Dialogue process, including the deputy presidents of the House of Representatives (HoR), Emhemed Shouaib, and of the General National Congress (GNC), Saleh Makhzoum, also were present.

Pledging their support to the new government, the 17 said in a communiqué that once it was signed into existence on Wednesday in Skhirat, Morocco, they would stop all dealings with any Libyan organisation that remained linked to either the Thinni administration in Beida or that led by Khalifa Ghwell in Tripoli. In particular, they stated, the Central Bank of Libya , the National Oil Corporation and the Libyan Investment Authority “must function under the stewardship of a Government of National Accord”.

The warning means that the Central Bank will not be able to bring in money from abroad or the NOC to sell oil unless they accept the oversight of the Serraj government.

The international community would, Kerry added, “facilitate” its ability to govern. However, neither he nor Italian Foreign Minister who co-chaired the meeting with him, mentioned if that would include security support. Other than stressing the need to defeat the so-called Islamic State, and that there could be no foreign interference in Libya, the issue of security was not mentioned at all in the communiqué.

Kerry stated that there was a plan to get the GNA into Tripoli. Likewise, UN Special Envoy Martin Kobler said that it had to be based in Libyan capital. However, there is widespread doubt among Libyan officials and many members of the Libya Dialogue that this can happen because of militia opposition to it. Some of the Dialogue members have mentioned Ghadames as the likely initial base; however, it does not have sufficient facilities for the GNA to operate.

Kobler also indicated that Wednesday’s signing in Skhirat would be include not only the Dialogue delegates, but many members of the HoR and GNC as well as leaders of political parties and the country’s mayors. It would be “a critical mass” who did so, he said.