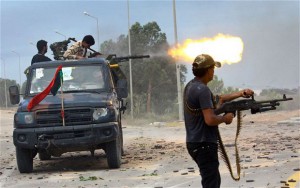 The House of Representatives has angrily rejected UNSMIL’s condemnation of the army’s new Operation Doom to gain full control of Benghazi.

An HoR spokesman has told the Libya Herald: “We are very surprised by the UNSMIL statement from Bernadino Leon and do not accept it.”

UNSMIL has characterised the attack as an attempt to undermine the peace process.

However the HoR sees no connection between Operation Doom and the Dialogue. “The army is fighting IS terrorists in Benghazi, who do not believe in civil government” said the spokesman,. “And the people are supporting the army”.