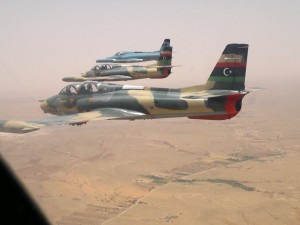 The warplanes of the Operation Dignity forces led by Khalifa Haftar bombed Thursday morning the airbase of Jufra in Hun town, eastern Libya, like reported by libyanexpress.com.

The Jufra airbase has been bombed many times by Haftar’s air force warplanes leading to a number of fatalities.

According to media sources, the bombing left about 6 casualties.

The bombing targeted the locations of Benghazi Defence Brigades, which are positioned in the airbase, the sources added.