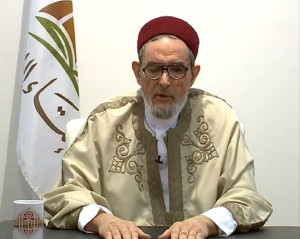 Speaking in his weekly program on Tanasuh TV on Wednesday, Sheikh Sadiq Al-Gharyani described the defeat of ISIS from Sirte as a great work done in record time.

“It’s an unprecedented victory recorded in the countries affected by this rogue group such as Iraq and Syria,” he said.

The Mufti urged all Libyan people to express gratitude for the revolutionary fighters, who risked their lives to fight this radical group, which could have been a disaster on all Libyan cities, according to him.

“We have seen them (ISIS militants) in Iraq how they expand to other cities to kill and destroy,” he remarked.

The Mufti also called all Libyan revolutionary fighters to unify their forces to fight foreign intervention and free Libya from all oppressors and plotters.