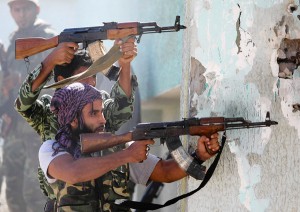 According to an army spokesman, as in the previous attack the militants approached on foot from the direction of Ras Al-Hilal and attacked using rocket propelled grenades. The LNA responded in kind in a skirmish that lasted about an hour during the morning.

Security forces from both Guba and Labrak came out to support the LNA and they were able to repel the attack. After the militants retreated, the LNA pursued them and searched the area around Ras Al-Hilal, but were unable to locate or capture the attackers.

The LNA has secured the area around Lamluda and the area is now experiencing an uneasy calm, according to the spokesperson.