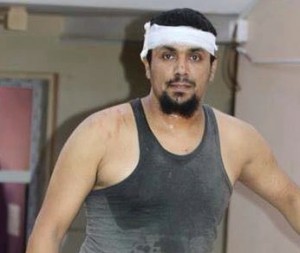 One of the former leaders of the Islamic State (IS/Daesh) forces in Derna has been executed by the Mujahideen. Murad Al-Sabaa, who was captured last month hiding in a house in the town, was shot on Tuesday after what appears to have been a summary Islamic court trial in the town.

He was found guilty of a number of killngs. At the time of his capture he was described as described as “the most important IS leader” in the country by the mujahideen who now control the town.

The process of the trial and execution is reported to have angered people in the town, despite a loathing and fear of IS which maintained in grip on the town earlier this year through terror. The reason is that there appears to have been no accepted due legal process, with no appeal. Sabaa was tried in the afternoon and executed in the evening.

“We did not get rid of Daesh just to have Al-Qaeda”, one resident said.

Photos of Sabaa’s body have been circulating on social media.