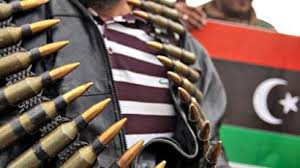 David Cameron is having to ponder another bruising Commons encounter over whether to extend the bombing of Isis to Libya after the failure of Sunday’s Rome conference to end that country’s civil war.

French-led bombing of what has become the Isis fall-back position in North Africa is now a question of when, not if, with President Hollande determined to show grit in the face of a weekend election drubbing by the National Front.

For the past fortnight, French military aircraft have joined US drones in reconnaissance flights over Libya, with Prime Minister Manuel Valls vowing to destroy Isis “in Iraq and Syria and probably tomorrow in Libya”.

As with Syria, so with Libya, Cameron does not want to be left out of any bombing effort, with France and the US needing the RAF’s Brimstone missile to avoid mass civilian casualties.

Equally, he fears the political damage of another military commitment with victory uncertain. His hope was that Rome would seal a UN power-sharing plan bringing together Libya’s warring factions. That would have allowed a united government to invite the RAF – as in Iraq – to bomb Isis, with local militias providing the all-important ground forces component.

That won’t now happen despite their expectation of some sort of agreement in Tunis today.

Neither the UN nor anyone else can find a formula under which Islamist Libya Dawn militias holding Tripoli share the bed with the elected government it expelled to Tobruk.

With the civil war going full throttle, Isis is growing by leaps and bounds. Last week it took hold of the town of Sabratha, a Unesco world heritage site and home to one of the world’s best-preserved Roman amphitheatres. More seriously it is moving on the country’s four key eastern oil ports from its main base in Sirte.

Legally, Cameron needs no Commons vote for Libya strikes. He is in the clear because the 2011 UN resolution authorising the bombing of Muammar Gaddafi’s forces, in the interests of protecting civilians, still stands. But success in Libya is far from guaranteed and Downing Street is nervous about ordering strikes without parliamentary approval in case they don’t work.

France is not the only nation demanding action; Libya’s neighbours Egypt and Tunisia, battered by Libyan-trained Isis bombers, are screaming for intervention, and Cairo may launch it unilaterally.

Meanwhile, ‘civil war’ has broken out in Whitehall between the Ministry of Defence and the Foreign Office, a struggle mirroring that between the US State Department and Africom, its Africa military command based, not in Africa interestingly but in Stuttgart.

The Foreign Office and the State Department have a love-in with the Muslim Brotherhood that dates from post 9/11, pushing it as a non-jihadist alternative movement to both Isis and Al Qaida.

With the Brotherhood on the back foot elsewhere in Mid-East, Foreign office mandarins want a deal that leaves the Islamists established in Tripoli.

This view is not shared by defence chiefs, who grumble that Isis material and volunteers flow through Tripoli, flying in via Turkey, and wonder why a UN arms embargo on Libya is not enforced – the answer being that it would upset the Turks and Libya’s Islamists.

Senior military officials I speak to are concerned with the job in hand – bomb Isis early, and you need less bombs. Leave it to fester and Libya will become a Syria and Iraq, only this time controlling a large swathe of the Mediterranean coastline.

Already Isis holds 150 miles of the shore around its central base at Sirte – Libya’s Raqqa. Its failure to make good on promises to strike north at Europe, or more plausibly, shipping passing through the Mediterranean, is likely to be tactical. It needs time to grow.

Tactically, the military think strikes against Isis in Libya will work better, initially, than those in Syria. Isis bases in Derna, Benghazi and Sabratha are surrounded by assorted militias who will happily deal with its units fleeing their bombed encampments.

Sirte is more of a problem, with Isis embedded amongst the civilian population and the town now a magnet for foreign fighters from Tunisia, Mali, Sudan and Yemen. Only ground action will work there, and, as with Syria, local forces are too busy fighting each other to play a role.

Regardless of whatever happens from now, it can be guaranteed that chaos will prevail in Libya.