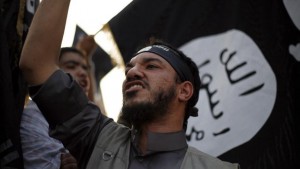 Islamic State militants are establishing a dangerous foothold in Libya as the terror network comes under increasing pressure from the U.S.-led military coalition in Iraq and Syria.

The militants are taking advantage of the chaos that grew after Libyan leader Moammar Gadhafi was ousted and killed in a 2011 revolution as well as a declining Western presence in the country.

U.S. plans to help rebuild Libya after Gadhafi largely fell to the wayside amid growing violence and the 2012 terror attack on the U.S. diplomatic facility in Benghazi that killed U.S. Ambassador Chris Stevens and three other Americans.

The Islamic State, also known as ISIL or ISIS, has taken up residence in the coastal city of Sirte and is attempting to expand its influence in Libya.

“The worrisome thing is, if ISIS central decides to pivot and pour more resources in, it could be worse,” said Frederic Wehrey, an analyst at the Carnegie Endowment for International Peace. The militants seem to be pressing south and east of Sirte to control oil facilities in the area, he said.

“Libya is probably right now the most significant threat to becoming a full-blown sanctuary” for the Islamic State, said Patrick Johnston, a counterterrorism analyst at Rand Corp.

The Islamic State’s expansion comes as U.S. efforts to build a unified government in Libya have declined. The United States acknowledged last year that it suspended efforts to train a Libyan force of 5,000 to 8,000 personnel, as fighting escalated among warring factions and because the country lacked a broad-based government, according to the Pentagon.

The United States is continuing to pursue diplomatic efforts to create a unified government there.

“Our level of commitment to Libya was always modest,” said Daniel Serwer, a professor at Johns Hopkins School of Advanced International Studies and a scholar at the Middle East Institute. “We regarded Libya as a European responsibility.”

But European countries have also done little to stem the growing violence. And NATO currently is not providing any military assistance to Libya.

After Gadhafi’s ouster with the help of NATO-led airstrikes, Libya did show promise, and many in the country hoped for support from the West. The country successfully held elections in 2012.

The attack on Benghazi led to another turning point and further declines in the U.S. presence there. In 2014, the United States closed its embassy in Tripoli.

Since then the country has spiraled into further anarchy, as rival governments were established in Tripoli and Tobruk, a city in eastern Libya. The United States and other Western countries have turned to diplomacy to push Libya’s warring factions toward a political settlement.

It will be difficult to mobilize forces against the Islamic State without a unified government in Libya.

“The Islamic State has proven very adept at filling any vacuum,” Serwer said.

The U.S.-led coalition has been targeting the Islamic State in Iraq and Syria for more than a year. In Iraq, the United States and its allies are also supporting the country’s ground forces in the fight against the Islamic State.

The military pressure in those countries is having an impact on the terror group, the Pentagon has said, and there have been signs that Islamic State leaders have even advised new recruits to stay away from Syria because of the danger there. That is drawing some fighters to Libya.

“I am convinced we’re making no headway on the spread of ISIS into other countries,” House Armed Services Committee Chairman Mac Thornberry, R-Texas, told USA TODAY. A foothold in oil-rich Libya could give the Islamic State the ability to increase revenue through the sale of oil, already a major source of funding for the terror group.

Without a presence on the ground in Libya, the U.S. military has been limited to occasional airstrikes and raids there. In 2014, U.S. commandos captured a mastermind behind the Benghazi attacks in a lightning raid in Tripoli.

And two weeks ago, U.S. forces conducted an airstrike for the first time against an Islamic State leader in Libya. The death of Wissam Najm Abd Zayd al Zubaydi, an Iraqi national in Libya, will “degrade ISIL’s ability to meet the group’s objectives in Libya,” the Pentagon said in a statement announcing the Nov. 13 strike. Zubaydi planned to attack the United States and establish bases in Libya, the Pentagon said.

“We are clearly watching them,” Col. Chris Garver, a U.S. military spokesman, said of Islamic State militants in Libya.