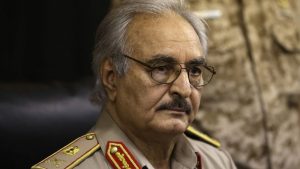 Libya’s eastern-based army spokesman Ahmad Mismari said Wednesday that an agreement will be signed soon to unify the military establishment in Libya under Egyptian auspices, like reported by xinhuanet.com.

“The meetings to unify the military establishment will continue tomorrow in Cairo, to complete the final consultations in particular,” Mismari said in a press conference in Benghazi, eastern Libya.

“We have agreed on most of the items related to the structure and unification of the military establishment in all Libya. We agreed on the structure and formation of defense and national security councils and the general command,” Mismari said, adding that the Egyptian-brokered agreement would be signed soon.

Mismari also noted that the only obstacle to be discussed is related to the ongoing political division, expecting all remaining points to be terminated.

Since October 2017, the Egyptian capital Cairo has hosted four extended meetings for a number of Libyan military officers to unite the national army.

The Egyptian committee on Libya, headed by the Egyptian deputy defense minister General Mohammed al-Kashki, called on all parties later last year to support the unification, restructuring, and organization of the Libyan military establishment.

Libyan UN-backed prime minister, Fayez Serraj, agreed with the eastern-based army Commander Khalifa Haftar, during two meetings in May and July 2017 in United Arab Emirates and France, to develop a strategy for a unified Libyan army under civilian authority.

Since the fall of the late leader Gaddafi’s regime in 2011, Libya has been plagued by insecurity and political division between eastern and western authorities.