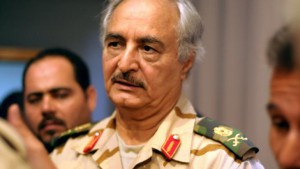 The army appears to have made progress today in Benghazi’s Leithi district for the first time in two months.

The air assault, which in recent days has focused on IS and Ansar Al-Sharia fighters in Sabri, shifted last night to Leithi and continued for much of today. Both helicopters and jets were used in the airstrikes. The advance by army units was led by at least one tank.

There are, as yet, no details of casualties in Leithi though a soldier was killed this morning by a single shell that landed in Buatni.