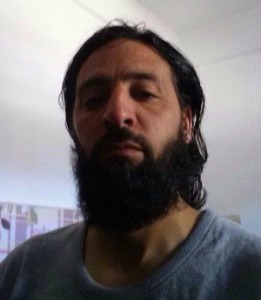 An Ajdabiya imam was murdered when a car bomb exploded beneath his vehicle in a busy central street.

Sheikh Suleiman Kabylie, a Salafist teacher at the Tawhid mosque had been an outspoken critic of IS, both preaching against the terrorists and denouncing them on his social media page.

He was killed immediately in the blast when his vehicle was in the town’s Benghazi Street yesterday evening. An IS web site later claimed responsibility.

Kabyle’s death comes just ten days after the failed assassination of another Salafist iman in the town, in a similar car bomb attack.  Sheikh Mohammed Bodiam escaped serious injury but his nephew was killed.

The following day terrorists slew the local army intelligence chief Colonel Ataya Al-Arabi in a hail of gunfire after he had driven up to his home.