You are here: Home / Mediterranean / Libya: Abu Sahmain tells intelligence to look out for foreign agents 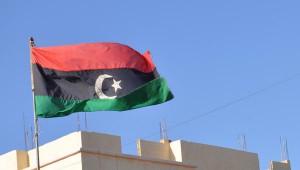 The president of the continuing General National Congress, Nuri Abu Sahmain, has ordered the government, the army and the intelligence service to tighten security against supposed foreign agents in the country. He also them to investigate and bring proceedings against anyone, particularly those in the military, who had been involved in contacts with the United Nations Support Mission in Libya (UNSMIL) without the GNC’s permission.

In separate statements to each, he ordered security at ports, airports and border crossings to be stepped up and foreigners to be questioned about their motives for visiting Libya. He said that there were people pretending to be journalists who were putting national security at risk.

The army chief of staff was told to provide the names of officers who had been in communication with UNSMIL and other organisations.

The call follows an attack by Abu Sahmain on Leon and UNSMIL for allegedly getting in touch with military leaders in western Libya to arrange a meeting with them about security for the planned Government of National Accord. In an angry letter to the UNSMIL head published on Sunday, he accused him of violating Libya’s sovereignty by talking to military officials without his permission as supreme commander in chief, and threatened to take legal action against him.

The latest call is also said to have followed a meeting on the issue between Abu Sahmain and three prominent opponents of the UN-brokered Libya Dialogue: Misratan hardline militia commander Salah Badi, Sheikh Sadek Al-Ghariani whom the GNC still accepts as Libya’s grand mufti, and HoR boycotting member Abdulrauf Al-Manaie.

There are reports that the order is already being implemented, with foreigners arriving at Mitiga now complaining of being subjected to intense interrogation.

The head of the military council in Sabratha is meanwhile reported saying that he had been invited to met Leon but that he would not be going.