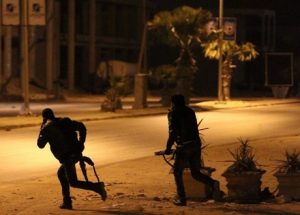 At least six civilians have been killed in clashes between rival tribes in the south of Libya that saw a hospital get hit repeatedly, the United Nations said according to news24.com.

The violence over the past month in the southern town of Sebha, some 600km from Tripoli, is the latest flare-up in a region regularly wracked by tribal violence.

The UN mission in Libya said on Twitter that it was “deeply concerned by the escalation of armed conflict in Libya’s Sebha, where at least 6 civilians killed and 9 injured.”

“The hospital was hit repeatedly. Indiscriminate use of weapons in densely populated areas must be stopped.”

A spokesperson for Sebha hospital, Oussama al-Wafi, told AFP that a girl of 15 and a woman of 35 were among the dead from the clashes which started in early February.

Wafi said 12 people had been wounded, including 10 civilians.

The latest clashes in the marginalised Fezzan region – known for its smuggling routes – have see the Awlad Suleiman tribe pitted against the Tubus.

Since the 2011 revolution that ousted longtime dictator Muammar Gaddafi, Fezzan has been embroiled in conflict involving the ethnic Tubus and Tuaregs, as well as two Arab tribes, the Zuwaya and the Awlad Suleiman.

Libya has been gripped by chaos since a Nato-backed uprising toppled and killed Gaddafi in 2011, with rival administrations and multiple militias vying for control of the oil-rich country.

A UN-backed unity government based in the capital has struggled to assert its authority outside the west, and a strongman commander controls much of the east.