You are here: Home / Europe / Liberals call for an EU Intelligence Agency 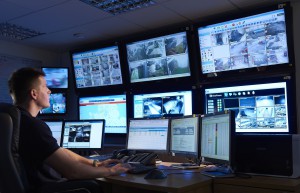 ALDE leader Guy Verhofstadt called today for a European front against Daesh and the establishment of an EU Intelligence Agency.

During a debate on Europe’s counter-terrorism measures in the European Parliament, Verhofstadt said: “For too long we have outsourced our problems. A European military coalition has to break this stalemate by eradicating Da’esh and facilitating a political solution without Bashar al-Assad.”

Verhofstadt urges the member states to prioritise security over sovereignty. He used the example of Abdeslam, to show how the cooperation between national intelligence services fails. In a letter to President Juncker, he has put forward a plan for an EU Intelligence Agency:

“The terrorists don’t respect national borders, which is why we must have a security and intelligence capacity that also crosses borders. The case of Abdeslam, who is still on the run, is proof of this. On the night of the Paris attacks, checks in Cambrai by the French police failed and Abdeslam was able to continue his journey because the police did not have the information they needed, yet the Belgian Police knew. A European intelligence agency, at the service of all EU countries, would certainly have stopped Abdeslam.“

In a letter to the Commission president Jean-Claude Juncker, Verhofstadt also gave examples of failed European cooperation in the fight against terrorism from 2004 till 2015.

One such example, during the 2004 Madrid attacks was the fact that the main coordinator, Jamal Zougam, was already known since 2001 by French, British and Moroccan intelligence services. He appeared in several terrorism judicial cases in France, including around the inquiry following the 9/11 attacks.
After the 2005 London attacks, a cross-party committee of MPs inquiring about potential failure of intelligence services in 2006 has questioned why Mohammad Sidique Khan, the lead bomber who killed six people when he blew himself up at Edgware Road Tube station on 7 July, was known to the intelligence services before July but not fully investigated.
Also, the perpetrator of the Brussels 2014 attacks at the Jewish museum, Mehdi Nemmouche, had been registered by French authorities under the Schengen Information System (SIS II), a system which did work since he was spotted by German authorities on its return from Syria on 18 March 2014. The German authorities did inform the French authorities and intelligence services did not follow up properly. Less than two months later, he committed the attacks in Brussels.
The Kouachy brothers who committed the massacre at the Charlie Hebdo magazine in Paris this year were well known to intelligence services for their jihadist views but somehow managed to slip through the net.
Just over a week before the recent terror attacks in Paris, German police stopped a car and discovered a “professionally built”’ secret compartment crammed with weaponry and munitions of the type used in Friday’s attack with Paris set as the destination on the driver’s satellite navigation. This information was never passed on to French authorities.
neurope.eu/