You are here: Home / Mediterranean / Leon’s proposed plan of including three deputy prime ministers has been dismissed by lawmakers in Libya’s two rival parliaments 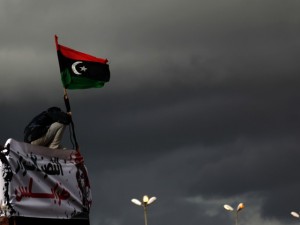 The UN envoy for Libya proposed the members of a unity government Friday aimed at ending years of conflict, but the plan was dismissed by lawmakers in the country’s two rival parliaments.

Libya has had two administrations since August last year when a militia alliance that includes Islamists overran the capital, forcing the internationally recognised government to take refuge in the east.

The country descended into chaos after the fall of Moamer Gathafi in 2011, with the two sides vying for power as well as several groups battling for control of its vast resource wealth.

The proposed new government would be headed by Fayez el-Sarraj, a deputy in the Tripoli parliament, and include three deputy prime ministers, one each from the west, east and south of the country.

“After a year of work in this process, after working with more than 150 Libyan personalities from all the regions… finally the moment has come in which we can propose a national unity government,” UN envoy Bernardino Leon told a news conference in Morocco.

UN chief Ban Ki-moon welcomed the news, and appealed to the rival camps to sign the accord.

“The Secretary-General welcomes today’s proposal of nominees for the presidency council of the Libyan government of national accord,” said a UN statement.

“He commends the dialogue participants on having reached a final text of a political agreement after comprehensive and broad consultations.”

Ban urged Libya’s leaders “not to squander this opportunity to put the country back on the path to building a state that reflects the spirit and ambitions of the 2011 revolution.

“Now is the time for the parties to the political dialogue to endorse this proposal and sign the agreement without delay.”

Previous deals to ensure a ceasefire and restore stability to the strife-torn country have fallen apart and officials from both sides expressed scepticism after the announcement.

Abdulsalam Bilashahir, of the Tripoli-based General National Congress, told the BBC: “We are not a part of this (proposed) government. It means nothing to us and we were not consulted.”

Ibrahim Alzaghiat, from the internationally recognised House of Representatives based in Tobruk, was also quoted as saying: “This proposed government will lead to the division of Libya and will turn it into a joke. Mr. Leon’s choice was unwise.”

But Leon said the new government list could be agreed by all sides.

“I would like to ask all these Libyans to think of an opportunity for their country,” said Leon.

“This was not an easy task. We have been listening to many people, inside and outside the dialogue. And we believe that this list can work.

“It is a quite reasonably good list of names, politicians, personalities that will do their best, I’m sure, to take their country out of this crisis,” he said.

Years of chaos in Libya has turned it into a hub for human-trafficking gangs, which have fuelled Europe’s huge migrant crisis by sending thousands of people on the perilous journey across the Mediterranean.

More than 3,000 people have died or are feared drowned after trying to make the crossing since the start of this year, according to the UN refugee agency.

On Thursday, Libyan authorities said they had arrested some 300 migrants as they were preparing to board boats.

EU foreign policy chief Federica Mogherini welcomed the announcement from Libya, and pledged some 100 million euros ($110 million) in support for the new government.

“There is no time to waste in the formation of a government of national accord, so that it may — with the full recognition and support of the international community — begin working for the benefit of all the Libyan people,” she said in a statement.