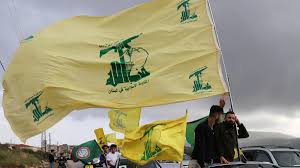 The Iran-backed group has developed the border crossing, previously used to facilitate the entry and exit of its fighters, to be used by civilians as well, according to Asharq al-Awsat.

For all the latest headlines follow our Google News channel online or via the app.

The report says that a newly paved road used for the crossing is outside the scope of the watchtowers set up by the British Army and later taken over by the Lebanese army.

Nevertheless, Hezbollah’s fighters still use nearby roads to get in and out of Syria, the report said.

Local residents were quoted as saying that Hezbollah plans to use the new crossing to bring humanitarian aid to Lebanon’s Bekaa due to the food shortage.

Lebanon is experiencing an unprecedented economic and financial crisis. A shortage of US dollars has made importing products difficult while prices of basic foodstuffs have skyrocketed.