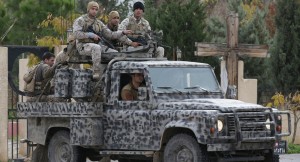 “During an operation to identify sleeper terrorist cells Lebanese special forces arrested a group of people working for the terrorist group. A Lebanese citizen known as Abu Yazid admitted during the questioning that he recruited young people into the IS [Daesh] ranks and prepared them for transferring to the Syrian city of Raqqa via Turkey” the statement said.

According to the statement, an operation to detain the remaining gang members is ongoing.
Lebanese security forces has repeatedly arrested people suspected of recruiting fighters for the Daesh terror group, outlawed in many countries, including Russia.