You are here: Home / Mediterranean / Lebanon should integrate Hezbollah militarily

The Lebanese interior minister says Lebanon should integrate the resistance movement of Hezbollah’s armed strength in its military strategy, like reported by presstv.com 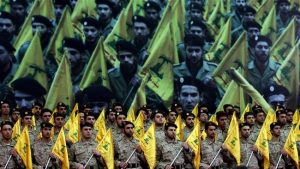 “The defense strategy should determine how to benefit from Hezbollah’s arms, to fend off any [future] Israeli aggression,” Interior Minister Nouhad Machnouk told the Egyptian satellite channel Capital Broadcast Center on Thursday, according to Lebanese paper The Daily Star.

The military wing of the Hezbollah movement defended Lebanon against Israeli wars in 2000 and 2006, forcing the regime’s military into withdrawal.

Machnouk said Hezbollah’s military strength had to be discussed in the context of “the tactical planning of Lebanon’s defense strategy.”

The remarks came only three days after an extremist Israeli minister said Israel had to hit civilian targets in Lebanon in a future war to make life miserable for the Lebanese. Israeli Education Minister Naftali Bennett said, “Life in Lebanon today is not bad” compared to Syria, adding Tel Aviv had to target civilians in a potential war with the country and send it “back to the Middle Ages.”

“Today, Hezbollah is embedded in sovereign Lebanon. It is part of the government and, according to the [Lebanese] president, also part of its security forces,” Israeli newspaper Haaretz quoted Bennett as saying.

“As long as Israel occupies land and covets the natural resources of Lebanon, and as long as the Lebanese military lacks the power to stand up to Israel, [Hezbollah’s] arms are essential,” Aoun said then.

Hezbollah has also been fighting to prevent and contain the spillover into Lebanon of a terrorist campaign in neighboring Syria.

Israel has attacked Hezbollah targets in Syrian territory in the past.