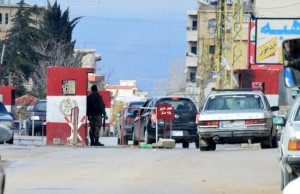 A key ISIS militant, who accidentally landed in police custody in Baalbek, east Lebanon, is likely to have played a major role in recruiting jihadis for ISIS, according to a report published Tuesday by Daily Star.

Local daily As-Safir said Turki Qalfoun, a Syrian national, was stopped at a Lebanese Army checkpoint in Baalbek recently and handed over to the local police for lacking an ID card.

Police examined the phone call log on his cell phone to find out that Qalfoun left the northern city of Tripoli five minutes after notorious wanted fugitive Osama Mansour was killed late Sunday and headed to the northeastern border town of Arsal to meet Abu Mohtasem, an Egyptian who belongs to ISIS, As-Safir said.

Interrogation with Qalfoun, who has been moved to Beirut for further investigation, showed that the ISIS militant had frequently visited Egypt, Turkey and Algeria.

He is thought to have played a key role in recruiting jihadis for ISIS in light of an image found on his cell phone that shows him at an ISIS training camp. Also found in his possession was a large amount of cash, the report said.

Separately, an officer with the Free Syrian Army has reportedly handed himself over to a Lebanese Army checkpoint in Baalbek for fear of being killed by ISIS, according to As-Safir.