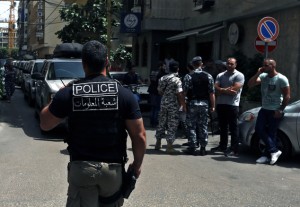 A security official at the Palestinian embassy survived an assassination attempt in the southern Lebanese city of Sidon, an embassy official said to thepeninsulaqatar.com/.

Brig. Gen. Ismail Sharrouf’s car came under fire from unidentified people, the official said on condition of anonymity due to restrictions on talking to the media.

Sharrouf sustained minor injuries in the attack and was taken to hospital in Beirut, Lebanon’s National News Agency reported.

Sidon is home to the Ain al-Helwa refugee camp, where around 100,000 Palestinian refugees live in tough living conditions.