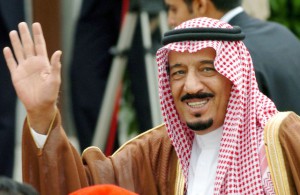 Saudi Ambassador to Lebanon, Ali bin Awadh Asiri, has said that he has received a telephone call from the Lebanese Minister Of Information Ramzi Grieg, according Wam.ae.

According to Saudi Press Agency, the Lebanese Minister expressed an apology to the Kingdom of Saudi Arabia, on an offense towards the Kingdom uttered by the Secretary-General of Hezbollah during a televised encounter transmitted on official Lebanese TV, saying that these stances don’t reflect the official Lebanese media stance.

The Minister reaffirmed to the ambassador that the Lebanese official media outlets are keen on appreciating the Kingdom of Saudi Arabia, promising to open an internal investigation to hold those behind the issue accountable and to prohibit a repeat of such matters.

Asiri also received a number of calls from political and media entities alike, who disapprove of the “misstep of the Lebanese official TV”, emphasising that the Lebanese media highly values the noble stances of the Kingdom towards Lebanon and its people and they still reject any outrage directed towards the Kingdom.