You are here: Home / Mediterranean / Lebanon: IDF trying to fill in the gaps on front line with Hezbollah 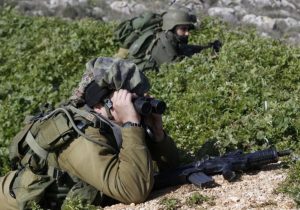 Israel has begun building an upgraded security fence along two stretches of the Lebanese border after an unarmed Lebanese citizen infiltrated into the area and walked several kilometers to Kiryat Shmona, the Defense Ministry confirmed according to jpost.com .

The upgraded barrier is expected to be similar to the “smart fences” along the border with Egypt and some 30 kilometers along the border with Jordan. The steel and barbed wire fence will have a height of six meters and stretch several kilometers. The project, which is projected to cost NIS 100 million and is expected to feature information-collection centers and warning systems.

While the Defense Ministry would not confirm the location of the upgraded fence, a report by Haaretz said it will be built near Rosh Hanikra on the northern Mediterranean coast and near Metulla, some 10 km. north of last month’s infiltration.

Ali Mari crossed into Israel from Lebanon in April, unarmed, in the area of Moshav Margaliot. He then walked to the central bus station of Kiryat Shmona, about 10 km. from the border fence.

Mari was arrested and interrogated by the Shin Bet (Israel Security Agency) before being returned to Lebanon the next day through the Rosh Hanikra crossing via UNIFIL, the United Nations Interim Force in Lebanon.

An IDF investigation led by the head of the IDF’s Northern Command, Maj.-Gen.Yoel Strick, found deficiencies in the performance of troops in the area. A statement by the IDF’s Spokesperson’s Unit said, “Additional professional complementary investigations will be carried out to prevent recurrence of such cases in the future.”

The border area with Lebanon has been flagged by the IDF as being vulnerable to enemy infiltrations. In response to that warning, significant amounts of money and effort have been investing in strengthening Israel’s defenses there over the last several years, including the placement of obstacles and the building of high concrete barriers to help prevent any attacks by Hezbollah.

In a recent interview with The Jerusalem Post, a senior IDF officer stationed in the North stated that not only is the threat of Hezbollah rocket barrages a concern to the military, but also the very real possibility of ground attacks by the terrorist group against civilian communities in Israel.

The border fence with Lebanon has been upgraded several times since it was built in the 1980s, including in October, when a 29-km. stretch was upgraded with engineered barriers, reinforced concrete panels several feet high, concrete blocks and fortified watchtowers.

In January, the Defense Ministry reported that Israel finished raising the height of the electronic “smart” fence along part of the border with Egypt from 5 to 8 meters, along a 17-km. stretch, to stop illegal entry by migrants.

The raising of the fence, along with the placement of additional detection devices, “significantly curbed the flow of illegal infiltration into Israel, with only 11 successful attempts to cross the fence throughout 2016,” the ministry said at the time.