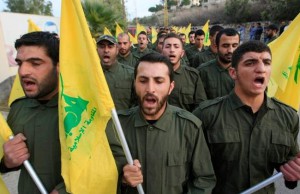 Facing the possibility of attacks from the Islamic State, Christian villages in the Bekaa Valley of Lebanon are forming militias, and they are being trained by the Iranian-backed Shiite Muslim group Hezbollah, a new report from Joseph Farah’s G2 Bulletin intelligence report confirms.

Informed Lebanese sources told G2 that serious ISIS attacks are expected as Hezbollah already has begun to engage fighters of the Islamic State, or ISIS, and the al-Qaida-affiliated Jabhat al-Nusra Front in the Syrian Qalamoun mountains opposite those villages in central and eastern Bekaa.

Alarmed by the Sunni jihadists from Syria, Hezbollah not only is training Christian militias but is setting up those that are operational in positions beside Hezbollah fighters, the sources report.

He said the battle is about protecting Lebanese villages.

For now, the Lebanese army has been thwarting attacks in the region around the Christian town of Ras Baalbek, which has some 8,500 residents and is only about 25 miles from the historic Roman city of Baalbek.

There have been attacks around Baalbek and near Britel in areas controlled by the Iranian-backed Shia Hezbollah but, to date, the Sunni jihadist attacks have been unsuccessful.