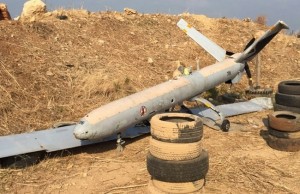 Hezbollah says it has found an IDF spy drone that crashed in a rugged region of southern Lebanon, Al Manar reports.

Hezbollah says its fighters found the UAV, reportedly a Skylark drone, and “moved it to a safe place for examination.”

The UAV has been missing since early Monday, and Israeli officials had asked UNIFIL for help in locating the craft.

Hezbollah says that the Lebanese military was unable to reach the area and that the UN force also searched but did not find it.