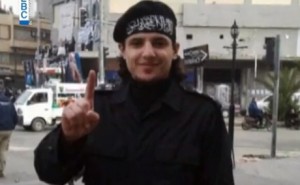 Lebanese police say they have killed a prominent Islamic terrorist who was wanted on terrorism-related charges in a shootout in the country’s north, wrote AP.

A statement issued by police on Friday says Osama Mansour was shot dead along with an accomplice in the city of Tripoli during a security operation in the area the previous night. The operation sought to arrest a radical cleric, Sheikh Khaled Hoblos.

The statement says Mansour opened fire on the police trying to arrest Hoblos and wounded two policemen. Police then returned the fire, killing the two men.

Mansour is wanted in Lebanon on several charges including plotting attacks against the Lebanese army and is an associate of Lebanon’s top fugitive Shadi Mawlawi.

The police said he was wearing an explosives belt when he was shot.